AROUND THE WORLD IN 30 DAYS

On January 1st, I started piecing scrappy Trip Around the World blocks when I saw them popping up on blogs everywhere. I decided I would give myself until the 30th to get as many blocks done as I could. I managed 36 blocks.

When I first started, my idea was to use just scraps from three of the baskets closest to my sewing table, and include a bit of grey in each block. 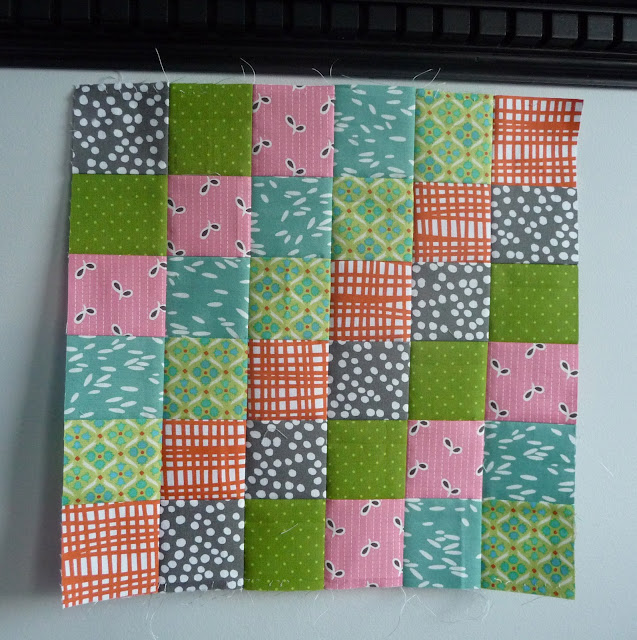 I played around with the settings, but chickened out in the end and went for a traditional layout. My daughter really liked the off centre design so I told her I would make another and set it that way. 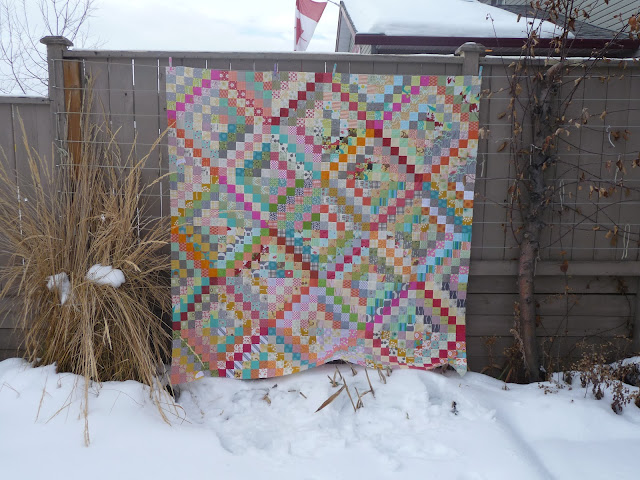 Even though my baskets don't look any emptier, at least I no longer have to jump in them to fit them on the shelf! 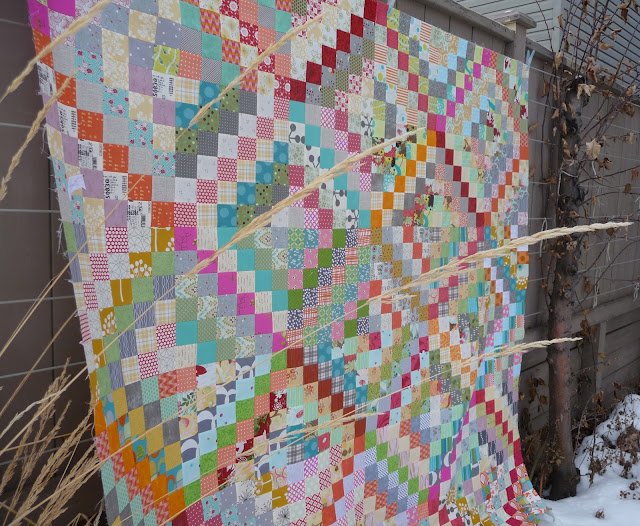 I even included a "golden oldie" in this quilt  : ) 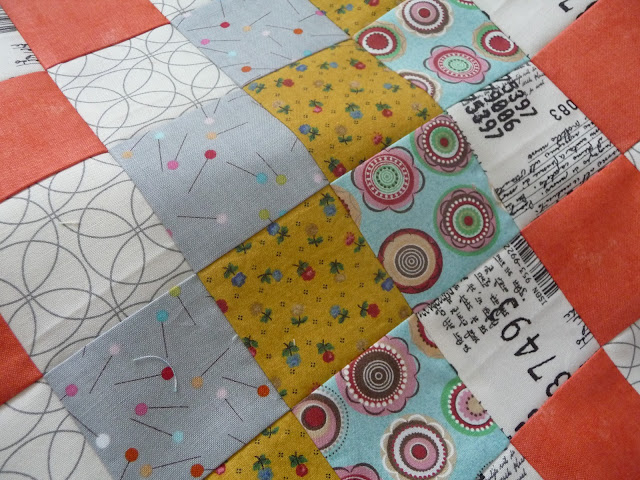 The backing is a large piece from the stash bought on sale. It's Habitat by Michele D'Amore for benartex. 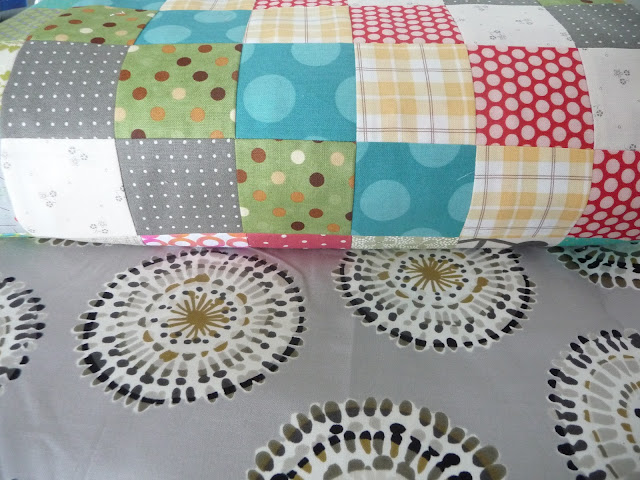 Quilting to commence soon.
Have a great week-end.

Email ThisBlogThis!Share to TwitterShare to FacebookShare to Pinterest
Labels: Scrappy trip around the world

Beautiful!!! I've got to make one of these soon!

It's so pretty! You have some beautiful fabrics in your scrap bin :)

Perfect backing fabric! Did you decide to put gray in the blocks so you could use that backing?

I love it. What a beauty.

Beauty - what a great way to use up scraps!

They look great. 36 in one month, good for you. Mine is stalled at the moment, but I will get back to it soon.

So beautiful Carla. I love the prints, especially some of the dotted ones.

Your scrap quilts always are amazing...and this one is too...

It turned out beautifully. I did agree with Carli on the setting, but that's just an excuse to make another quilt. ;)
Katja

WOW - love it - you amaze me, I know that you do not quilt all day, but it seems that there are new quilts every week. And 36 in one month - You work, have a house, husband, lots of kinds, and special grandchildren. I don't no how you do it all. You inspire me.

Hi Carla! I love your colours and scraps! Very beautiful design! This gives me the feeling of crochet granny blanket. Have a lovely weekend! x Teje

Lovely. Although it looks very cold!

It looks lovely! Wow, you've got beautiful fabrics in your stash….

That is beautiful. Great fabric combinations. The snow sets it off perfectly!

Picturing you jumping in your scrap baskets to make them fit on the shelf Carla!

Love the quilt, the backing is a perfect match!

I love the quilt. I am too new to this to be so adventurous, wonderful fabrics in your scrap baskets.

Looks great Carla! Though I do like the off center version, too!

Beautifully done, Carla! Maybe if I set a specific goal, I can get one done. Heaven knows, I have enough scraps!

I like this setting and don't blame you at all for chickening out. I tend to do that, too, when it's difficult to go with something really unconventional or I'm just not sure whether I like it. This, however, is a setting you can't mess up and it looks great!

I have to admit to you, I got a bit sidetracked by the snow. I can' believe anyone would live in that! We're getting 60-70 degree weather (I wore a tee shirt to work today) and the only snow flakes I've seen all winter were the plastic ones on the Christmas tree. I'd never be able to make enough quilts for that kind of winter!

Your quilt is looking lovely. I love the way the colours have come together....so pretty.
Cath @ Bits 'n Bobs

February is starting out well for you! Such a beauty!

The quilt turned out fabulous, but I think I have to give you more credit for going out in the snow to take the picture! ;)

Yay...a finished top in the month of Jan....you are on a roll. It was a great idea to put grey into each block..I like how it adds a modern look to the classic block!

oh I'm loving this! Our palettes are similar!

I love it Carla!!! It's one of the prettier Scrappy Trips I've seen out there :*) Of course, you use such wonderful fabrics - anything would be fun made up in those!

Awesome! I love the touches of gray.

This is so beautiful! Lovely to have such gorgeous scraps :)

I really like the little bits of grey you added, Carla! The top is beautiful.

Very Pretty and the colors are awesome. I haven't been able to make a scrapy quilt yet but maybe one day.

gorgeous! i just love it so! looking forward to seeing the next one you make with an alternate layout. xoxo