A TISKET A TASKET

Blessed. That's how I'm feeling right now. Not sure if i've mentioned here already that my second oldest son and his wife are expecting their third little one early July AND our oldest son and his wife announced the other night that they are expecting their first baby late October.  Hurray for babies!
I hosted a dinner recently for my hubby's birthday, and there were 15 of us. By next Christmas, we will be 17.  This calls for a bigger table,  and maybe that wall down I've been harping hinting about!
This is shaping up to be quite the year with a wedding and two babies  : )  Life is about to get even busier!

Anyway, this month is my turn to get blocks from two of the groups I'm in. The other day I was looking through some saved photos and decided I'd like to make this quilt

so I started making blocks---no measuring per say, just playing 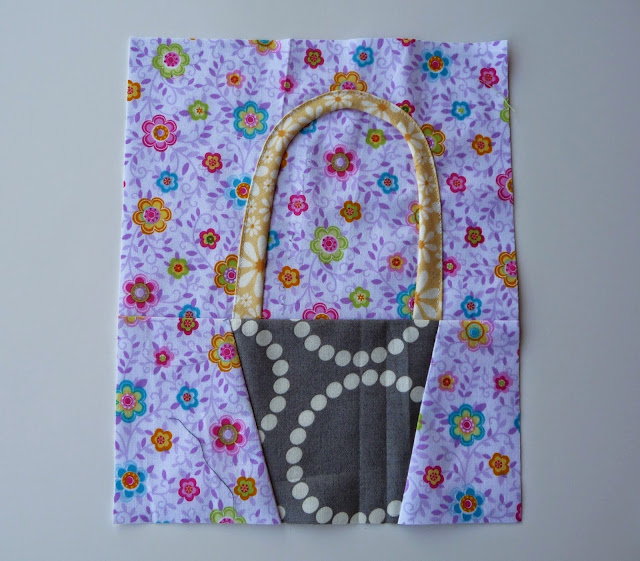 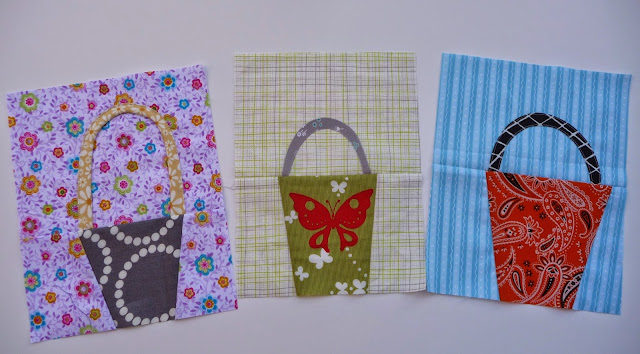 and in a short time, there were 10 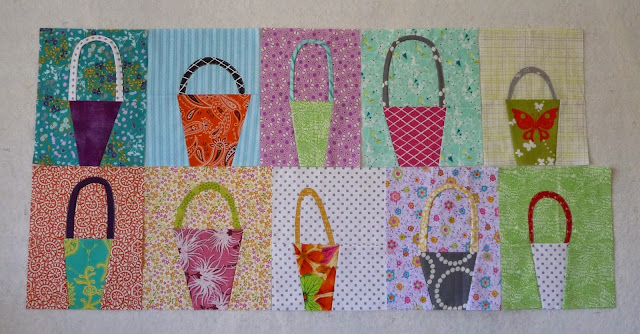 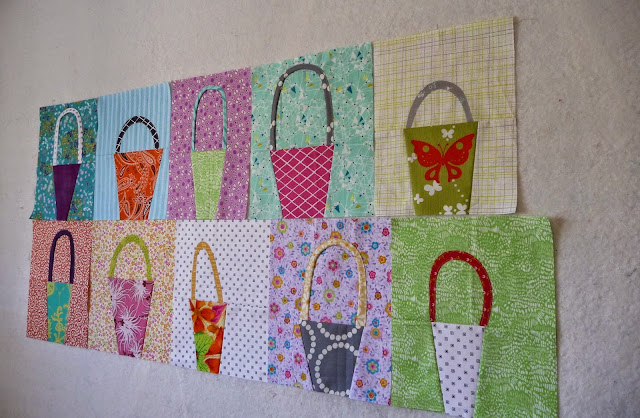 I've seen a peek of a few blocks that are coming my way already, and they are really cute.  This is one of those projects that helps use the ever growing pile of scraps on my table.  They are fun to sew too so that's a bonus. After piecing I squared the blocks to approximately 8 1/2 x 10 1/2

Have a fabulous week end!

linking up with scraptastic Tuesday

Congratulations on the babies...can not wait to see what will be on the sewing machine for them...lovely baskets, they are adorable...
And another Happy birthday wish...

Oooh....more sweet, sweet grand-babies!! So happy for you!! Those baskets of yours are so much fun. Love the 'scrappiness' of them. Each block is filled with colour and whimsy.

They are a fun block to make! Happy birthday too ! ❤️

Congrats on your ever growing family! That's just wonderful! I am not that into "cutesy" things, but, these blocks are pretty darn cute!

Super cute! Love these.:) Congrats on your good news!

Congratulations. You are in for a very exciting year. So much to look forward to. What a fun time!
Now the basket blocks look like a lot of fun. Love seeing them all together.

What sweet little basket blocks - love them! And congrats on the new babes in the family too :-)
Happy weekend, xx

What a wonderful quilt it will be. Love your blocks!

Very cute! And proof that you have LOTS of fun fabric in your stash!

Congrats on the grandbabies. I have several years before I become a grandmother (so they say). You might need some high chairs next Christmas.

Congratulations Carla!!! I'm so happy for your family! Love your baskets and happy to be making one (or more) for you!

Congratulations on the impending arrival of the babies! Hope that the wall comes down and that you get a new and bigger table to accommodate everyone!

Love your basket blocks. They are so whimsical and the colours are so happy!

These are such fun blocks! All the different fabrics makes this a wonderful scrappy quilt.

Wonderful family news to share - how exciting! The basket blocks are quite cute!

This is going to be amazing! I love how each block has its own personality! Congrats on the ever growing family!!

years ago when I first saw your inspiration quilt I wasn't in love with it...but now seeing it again through your eyes I think I will add it to my list of somedays and hopefully whens...

That's wonderful news Carla, big congratulations on the expansion of your family. Those baskets are very very cute.

I love your baskets! I've been wanting to try that block. You are always one step ahead of me ;)
I'm jealous of all your new grand babies - such happy news!

Your bags look like a lot of fun. I love the way the handles are attached. Very nice idea.
Greetings,
Sylvia

Congrats on the family additions! Get the sledgehammer out and have a pop at the wall yourself perhaps just to get things started!? (not really)

Love Gwen's quilt and yours is going to be so cute. Maybe some baby quilts need to be made too? Thanks for linking up to #scraptastictuesday

New babies . . . how wonderful. I must get busy making baskets soon.