A few weeks ago, a friend of mine had her fifth grandchild. Her son and his wife had a little boy and they named him Memphis.  Isn't that the best name ever?  I had been playing around with piecing some letters, so as soon as I heard the name, the idea for this quilt popped into my head. 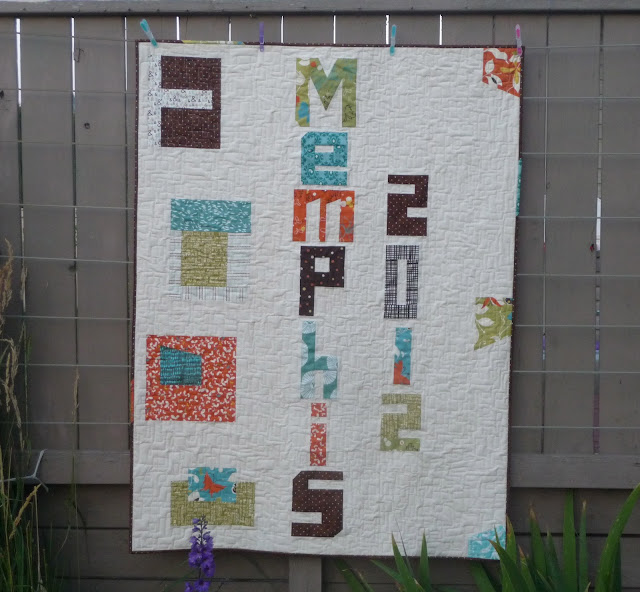 It started with some random pieced blocks made from scraps I had.  Then came the letters, and I thought I should add the year too.  I threw in a few bits on the right to sort of balance it out.

This photo really shows the quilting.  It's an allover geometric type stipple. It's new to me, and much easier than traditional stippling.  With this design, it's okay to cross over your lines! 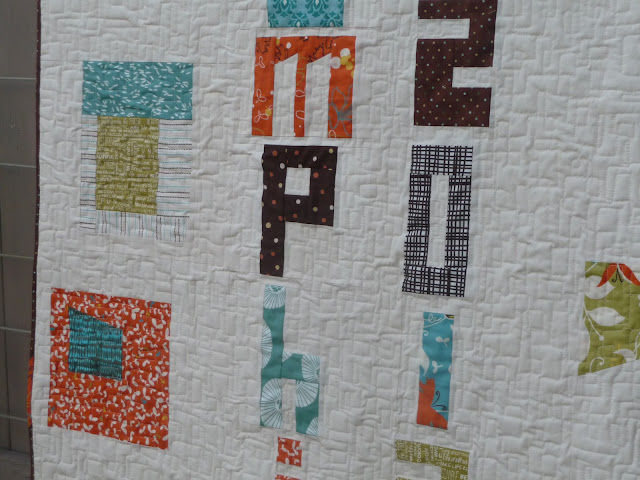 I tried to make it big enough so Mommy could fit under it too during those late night feedings.  Where they live, it's cold . 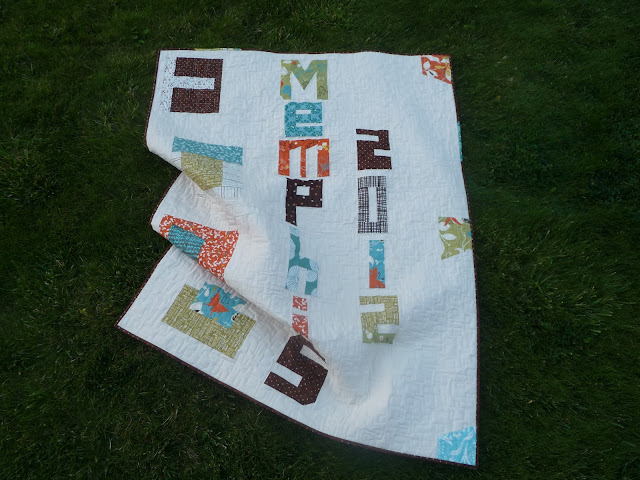 The backing is rows and rows of little toy soldiers and trees. 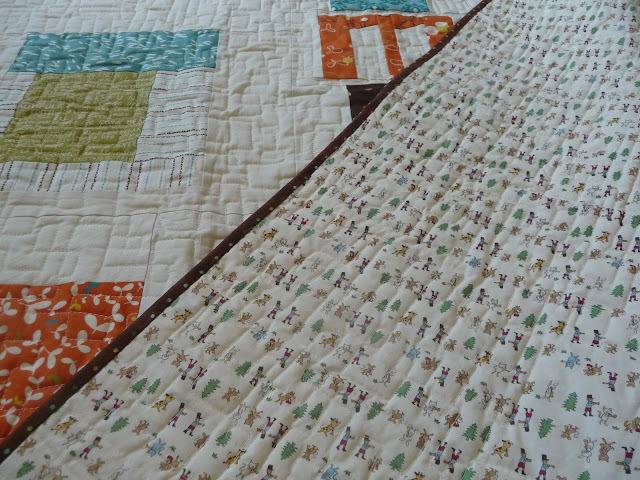 This is everything I had imagined, and more. I am so pleased with how it turned out : ) 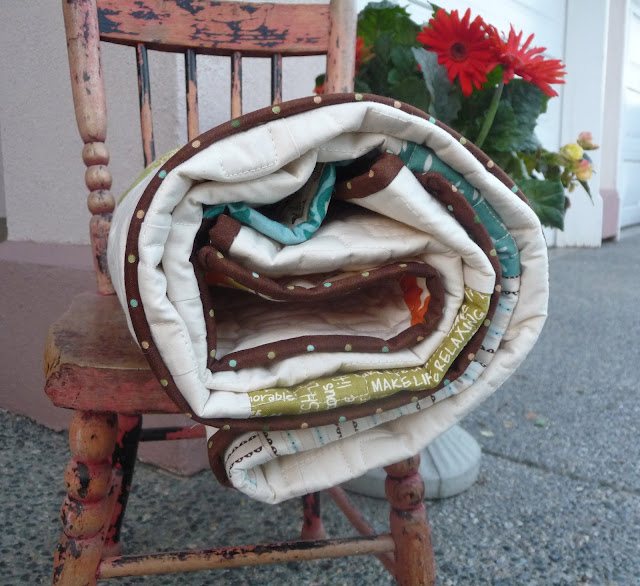 Now just to contact his Gramma, and send it off.

Today I am linking up with Modern Monday over at Canoe Ridge creations
Posted by Carla at 6:02 AM

Awesome! What a great baby gift.

That's so sweet - they're bound to be delighted.

Fabulous! So original Carla. They will love it.

This is stunning! The quilting is just yummy. They'll love it!

So awesome, I love the clean modern look, he will love it too!

What a gorgeous quilt - I love your FMQ. So much more modern than stippling. I'm sure the parents will love the quilt - as will Memphis!

your creativity just never ends MRS! you bring delight to so many new moms and wee ones! Bless your talented fingers!

The quilting so suits the quilt. Great job!

Oh Wow!! Gorgeous. They are going to love it!

hi-my first visit to your blog-your quilt is fantastic-I love the idea of making it a bit bigger so it can be shared by mom!

This turned out really darling!!

So cute!! I love the fabrics you chose and that backing is gorgeous :)

That is a seriously cool baby quilt - love it!

Such a great use of scraps! I know the parents (and baby) will enjoy the quilt for many years!

I have a little bit of that backing! He will adore his quilt!