"FLYING" BY THE SEAT OF MY PANTS

Last year I came across this quilt that Emily had made. I had been piecing feather blocks for a couple of block exchanges so this really caught my eye.  Another block in there is the Arrow block that I thought was very cool. I saved the picture and tucked it away for future reference.

The other day, I decided to try piecing an Arrow block by just winging it. This was my inspiration fabric. My favourite combination of colour all on one piece  : ) 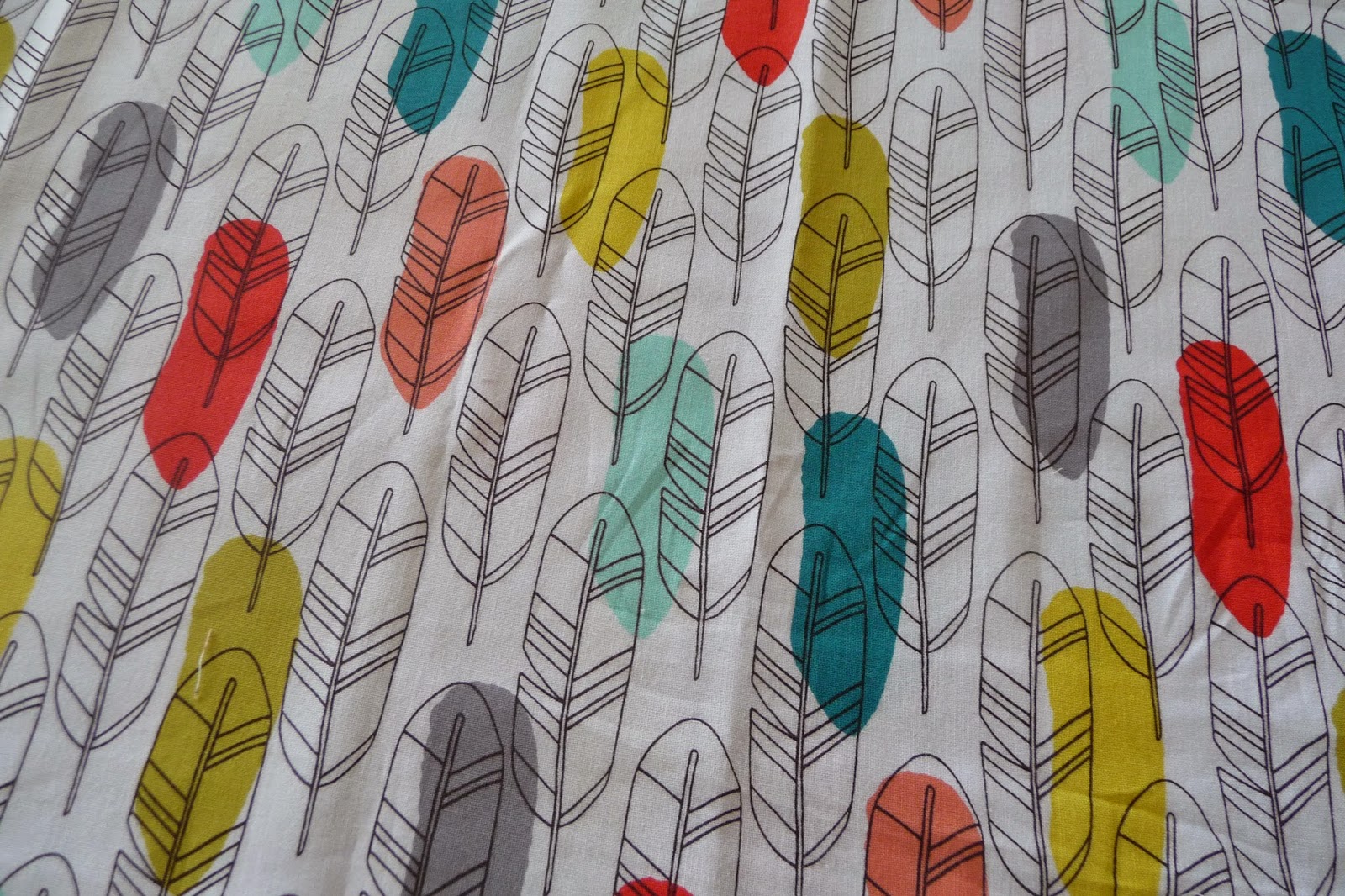 My first attempt ended up in the garbage!

After that I sort of got the hang of it.

tail feathers, and the arrow

and the arrow head

The next one went much faster 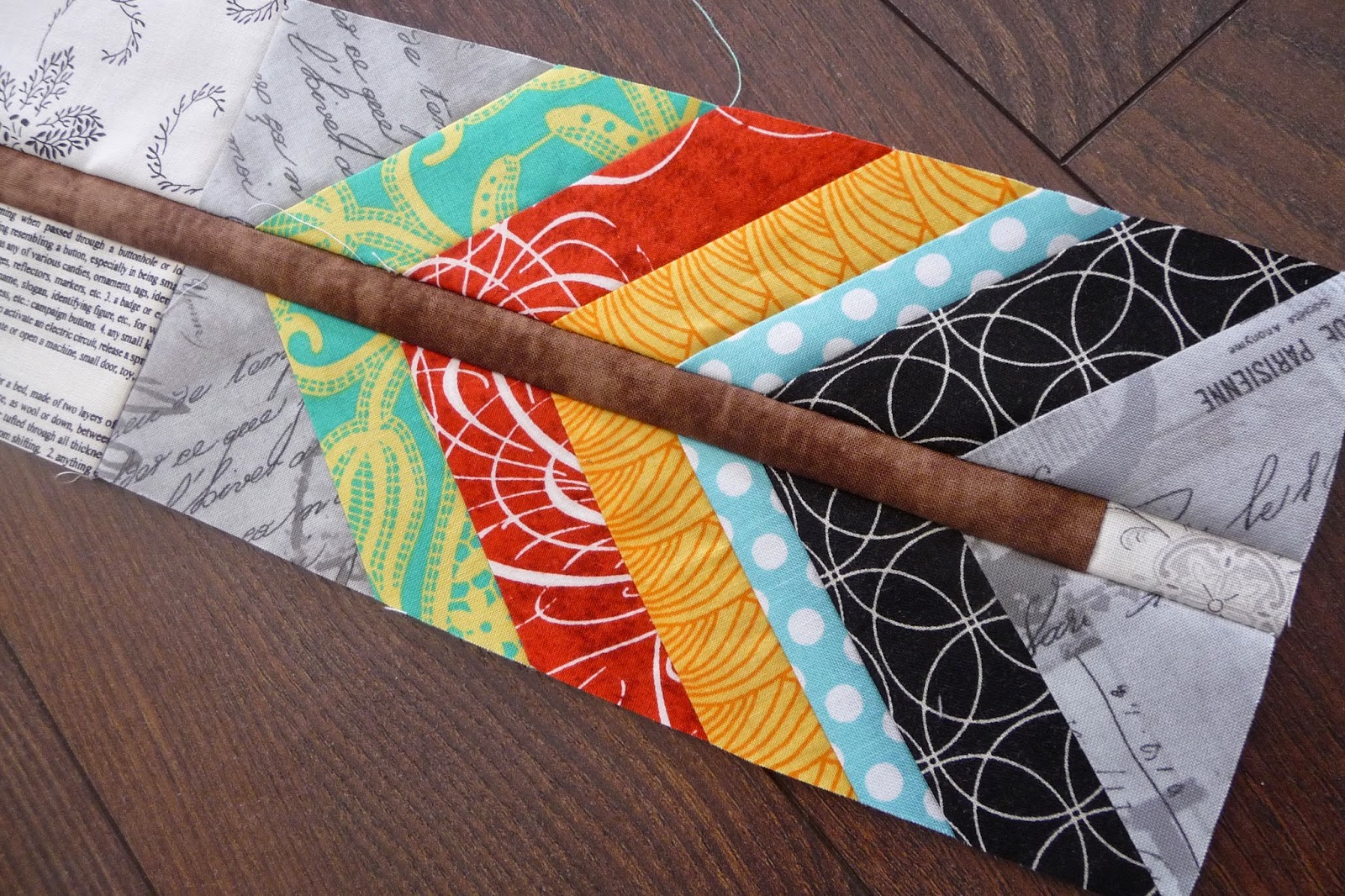 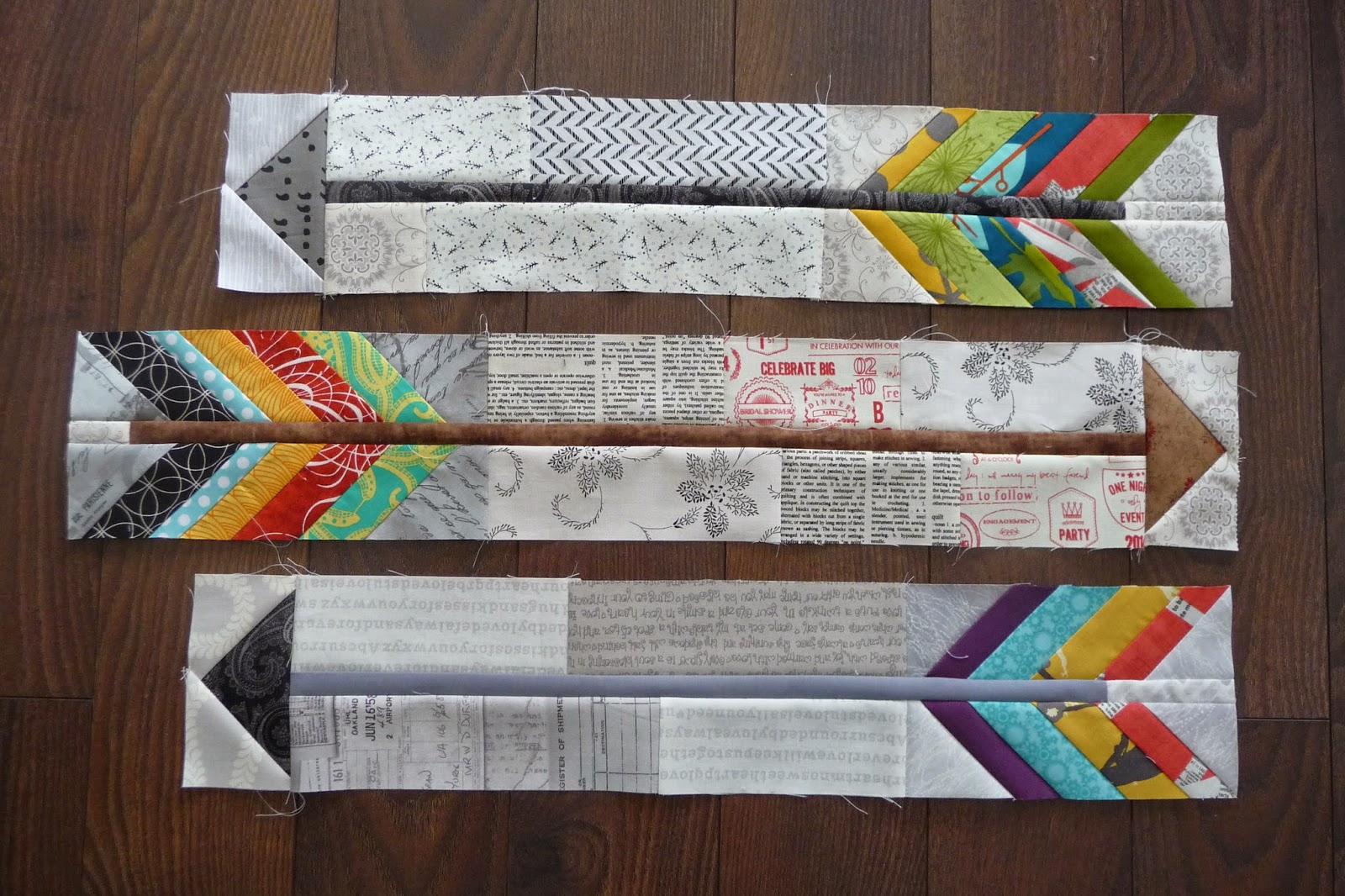 I really really like them. They turned out not too bad considering I did a sort of improv style.

Also, I took lots of pictures of the piecing so I'm thinking of writing up a tutorial?

these are fabulous! I would love a tutorial...

They are gorgeous and I love the quilt Emily made too!

straight to my heart xo

Which fabric are those text ones you've used here, please?

The arrows look great by the way :-)

So clever! They are amazing.

Really nice. Makes me think of my son and Boy Scouts back in the day.

You already know that I'd love a tutorial! I have the perfect project for these- they are wonderful!

I love your arrows, Carla, and I think a tutorial would be fabulous!

I have been planning a feather and arrow quilt for a couple of months. That fabric is my favorite colors too and I would LOVE a tute!!!

Stitching by the seat of your pants certainly agrees with you, Carla!! Love these 'arrows'!! Colours and fabrics are perfect!! You go girl!!

Wow - very, very cool! Your "winging it" sure is impressive. The colours and graphics are fabulous.

Way to go Carla - they turned out great! I like the use of the low volume neutral fabrics behind the bright arrow colors.

Very nice, and good for you figuring it out yourself!

Very nice Carla, love the fabrics, and you are amazing at winging it...bravo

Love these. Unusual but very effective. Doesn't look like you've winged it at all, x

cool! yes do a tutorial.

Those are fabulous! I'm pretty sure my first arrow ended up in the garbage as well, that's why there's only one in the final quilt LOL!

that feather fabric is beautiful, and I love your arrows!

Love these! I made some arrows recently, but never came up with a good method so I abandoned it. Maybe I'll try again.

I ive the fabrics you used. Could you please share the main ones in which you used? Thank you! Beautiful quilt.